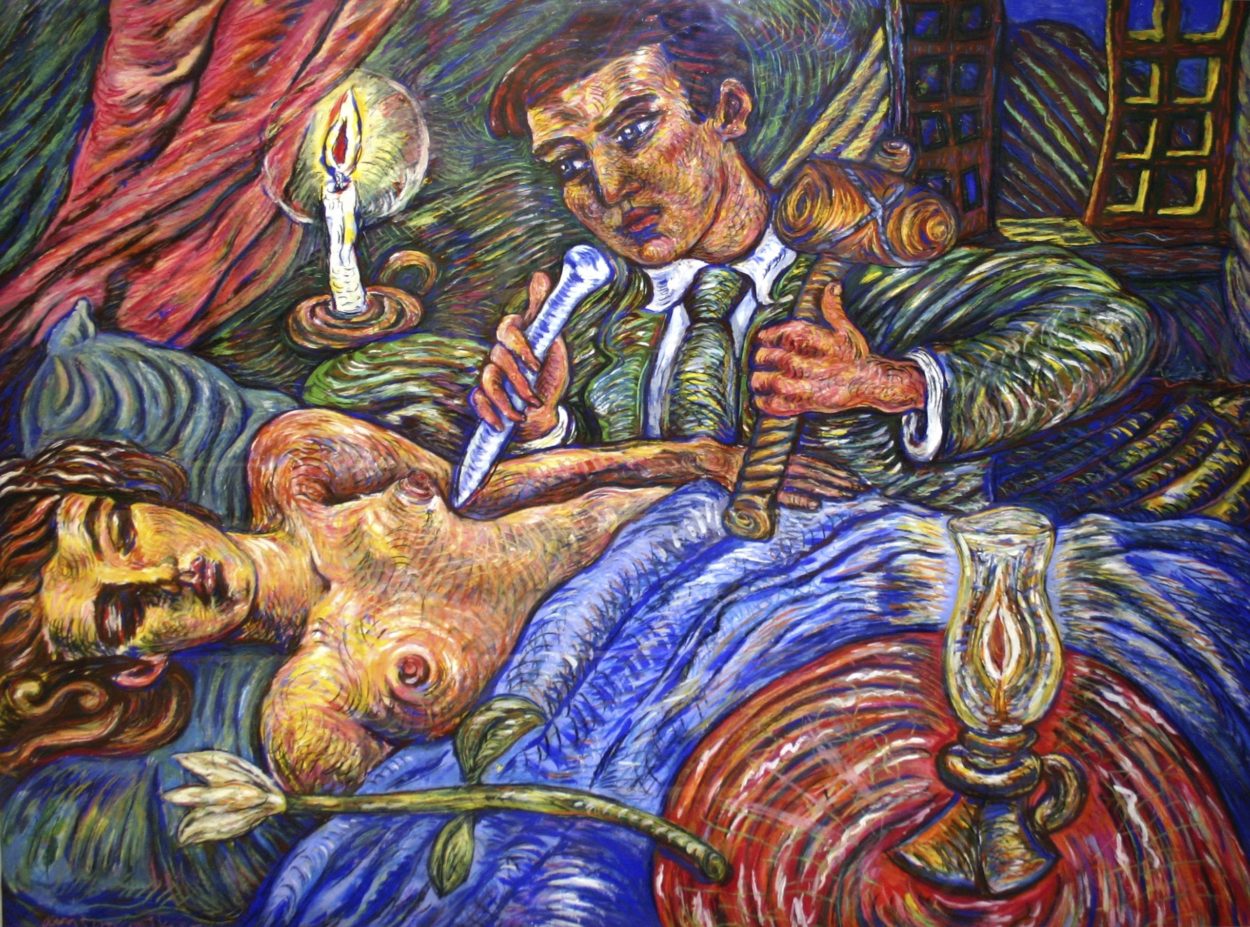 Q + A session with Patrick Elliott, to a packed lecture theatre at the Scottish National Gallery of Modern Art, Edinburgh – April 4, 2014.

Adrian Wiszniewski (born in Glasgow in 1958) remains best known as one of the ‘New Glasgow Boys’, who shot to prominence in the mid-1980s with huge, exuberant figure paintings as redolent of fantasy and myth as they were attuned to the workings of contemporary thought and everyday life.

Acquisitions by the Tate in 1985 and the Museum of Modern Art, New York in 1986 led to his work being acquired by many public collections in the UK and internationally.  Between 1986-87 he was artist in residence at the Walker Gallery, Liverpool.  Since then his work has developed in many different directions. He has brought the same creative energy of his paintings to printmaking, sculpture, installations, furniture and interior design and writing, regarding the exploration of new media as a central part of the art of communicating fresh ideas. Impossible to predict, his work breaks new ground when least expected, whilst always retaining its unique and unmistakeable graphic stamp.

This book, with over 100 illustrations of  the most important work,  is the first to provide an overview of Wiszniewski’s art over thirty years of continuity and change. Ten essays mix chronological survey with thematic discussion to identify both the core elements and the more distinctive features of the artist’s surprisingly consistent creative personality.

Alex Kidson, a curator at the Walker Art Gallery Liverpool between 1982 and 2008, worked there with Wiszniewski in the late 1980s. In a totally different field, he is an authority on 18th-century British portraiture, in particular the work of George Romney.
[nggallery id=52 template=caption]