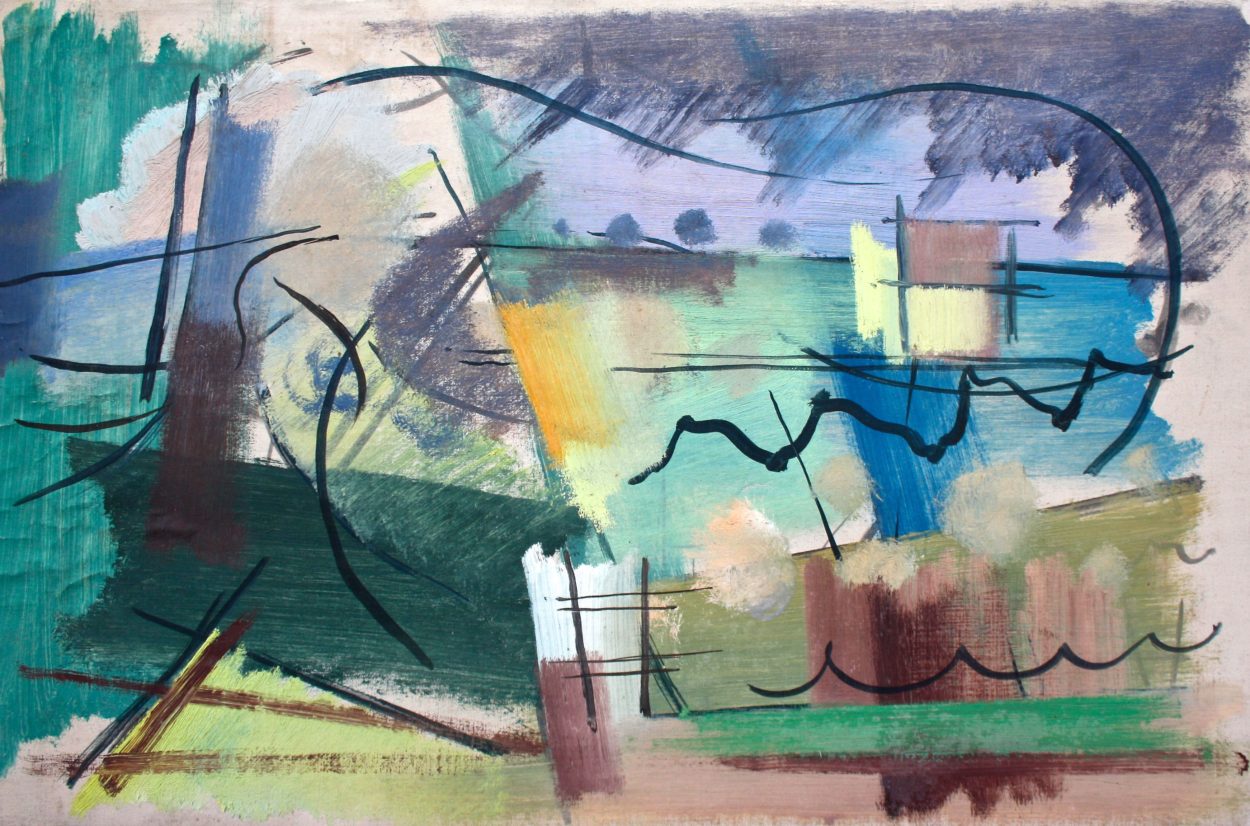 An exhibition of watercolours, and prints – until 4th June

Born in Sheffield William Kenneth Wood studied painting at Sheffield College of Arts & Crafts, 1930 – 33. After leaving art college he travelled to London with his fellow artist friend Rowland Suddaby, joining a community of International artists and puppeteers, known as ‘The London Marionette Theatre’.

During this early period in London Charles Laughton, along with Sir Edward Marsh, Winston Churchill’s private secretary, encouraged and collected Kenneth Woods paintings. From 1936 he began exhibiting at The Wertheim Gallery, and his 1939 exhibition was enthusiastically reviewed by Raymond Mortimer.

In 1937 he met and married Anne Waterman, moving to Little Braxted, Essex,  which remained Kenneth Wood’s principal home and studio throughout his life. During the war he was stationed in the Middle East, assigned to the Camouflage Unit. In Cairo, he befriended the photographer, Dicky Grierson, with whom he was later posted to Iraq, where they worked for the Ministry of Information sharing a house, on the banks of the Tigris, with the painter, Edward Bawden.  Following a one-man show in Baghdad, Kenneth Wood’s paintings were sent on to Cairo, for inclusion in the United Nations Exhibition.

Immediately after the war, he rejoined his wife in Paris, where his daughter Christine was born. They continued to live in Paris for several years, with Anne continuing to work for the American forces. From the immediate post-war years, until the early 1950’s, Kenneth Wood exhibited regularly at the Redfern Gallery attracting critical acclaim and encouragement from Kenneth Clark and Eric Newton. During this period he enjoyed considerable success, exhibiting frequently and running Art

History lecture courses for both the WEA (Worker’s Educational Association) and the Extra Mural Department of London University.

By the early 1960’s he shared his time between painting, and designing for several large commissioning clients, including ‘Dunlop’ for whom he designed the iconic flashes on their tennis racquets and golf clubs.