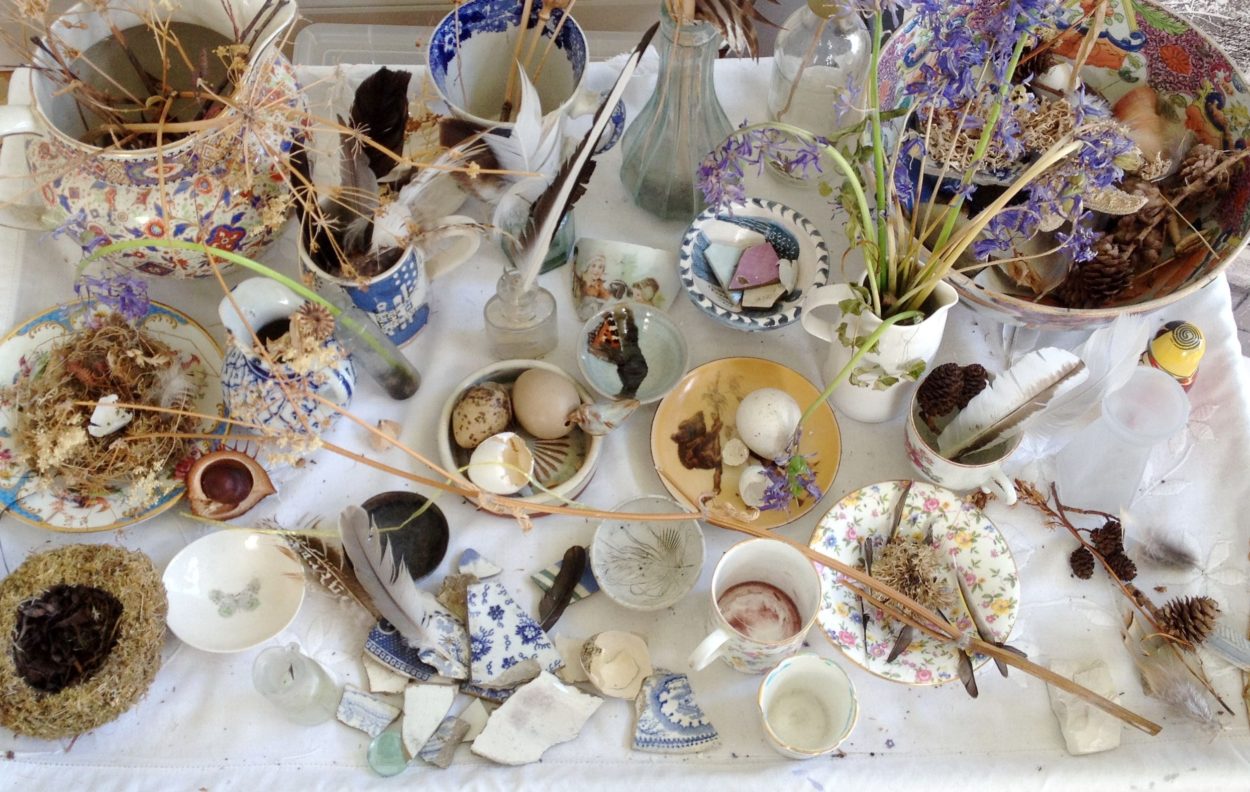 Moira McTague’s beautifully observed and exquisitely made art works resonate with the delicacy and vibrancy of her subject matter; whether a tiny birds nest, or the swirling, harmonious  patterns of the land and the plants and animals that live on it. In a British tradition echoing earlier generations of artists such as  Elliot Hodgkin and Joseph Crawhall

“sometimes it is enough to see the shape of a bird, feather or flower, to want to capture it for its own sake- to explore and rejoice in a tiny element of the world”.

Initially trained in Painting and Printmaking at Newcastle Upon Tyne, Moira’s post graduate studies were completed at Bristol University. For the past 26 years she has worked from her studio in rural North Yorkshire.

Specialising in etching on copper plate, her work is grounded in observation, getting to know and understand her subject matter and forming connections with it.  She uses daily journals to annotate in note form and drawings, things she sees and experiences.

In 2014/15 Moira was selected as one of the Yorkshire artists to participate in Connections North, Mirror Images, an International printmaking project with artists from Finland, Scotland and Sweden working to the theme of ‘a sense of place’.

She  has exhibited widely both nationally and internationally, including being a prize winner at the Laing Landscape Exhibition, and recently exhibiting at ‘International Mini Print’, Norwalk U.S.A.