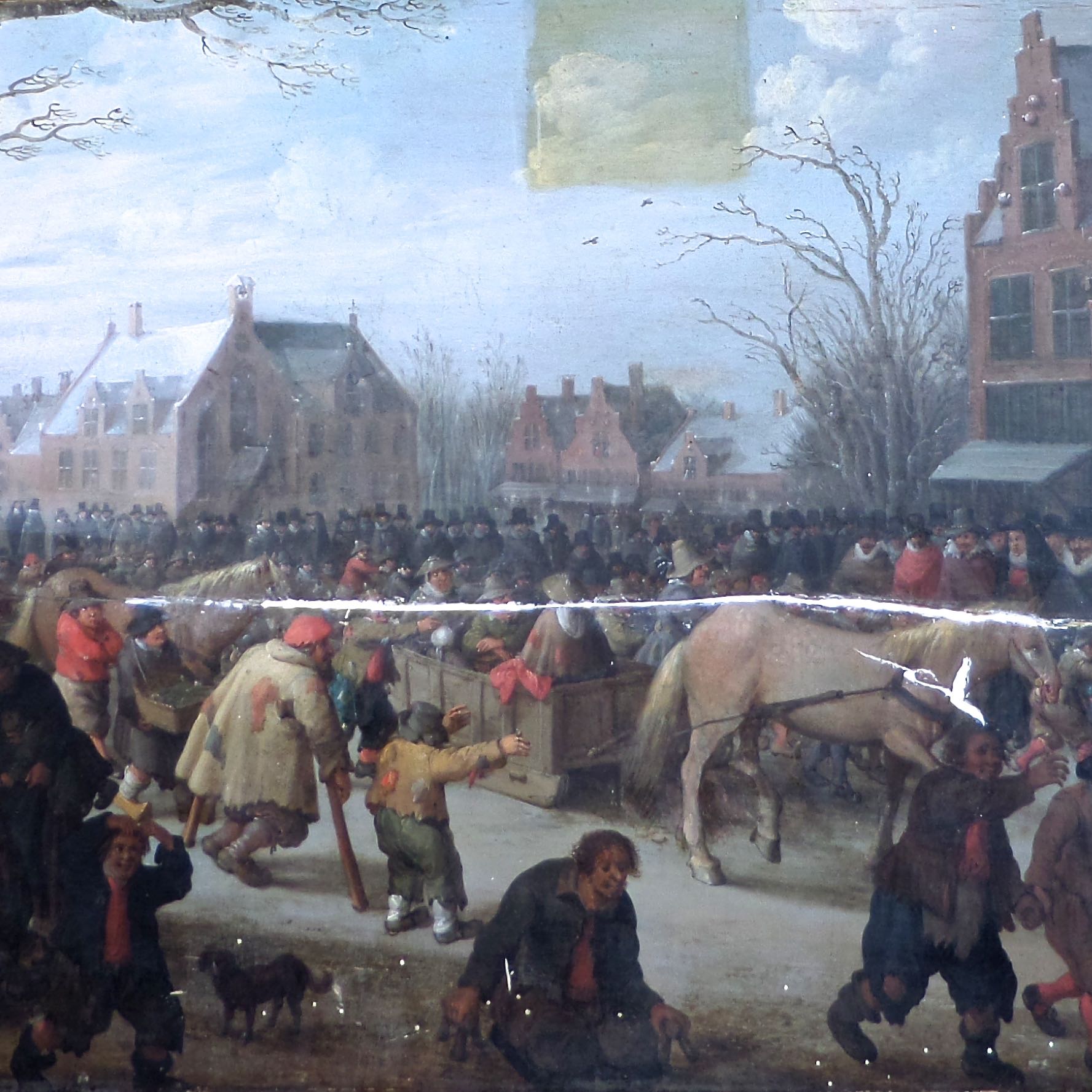 (Link to images of treatment)

Discoloured with a thick layer of surface dirt and a thick yellowed varnish layer. The painting had been repaired on several occasions in the past to disguise cracks in the panel. The cracking of the panel in the area of the horses head has been caused by a knot in the wood-grain. A wooden cradle had been attached to the panel in the 19th century in an attempt to reduce the possibility of further warping of the wooden panel.

The damages to the front of the painting were filled using a fine surface inert filler and then  carved to match the surrounding paintwork.  The fillings were retouched using pigments and an egg tempera medium.