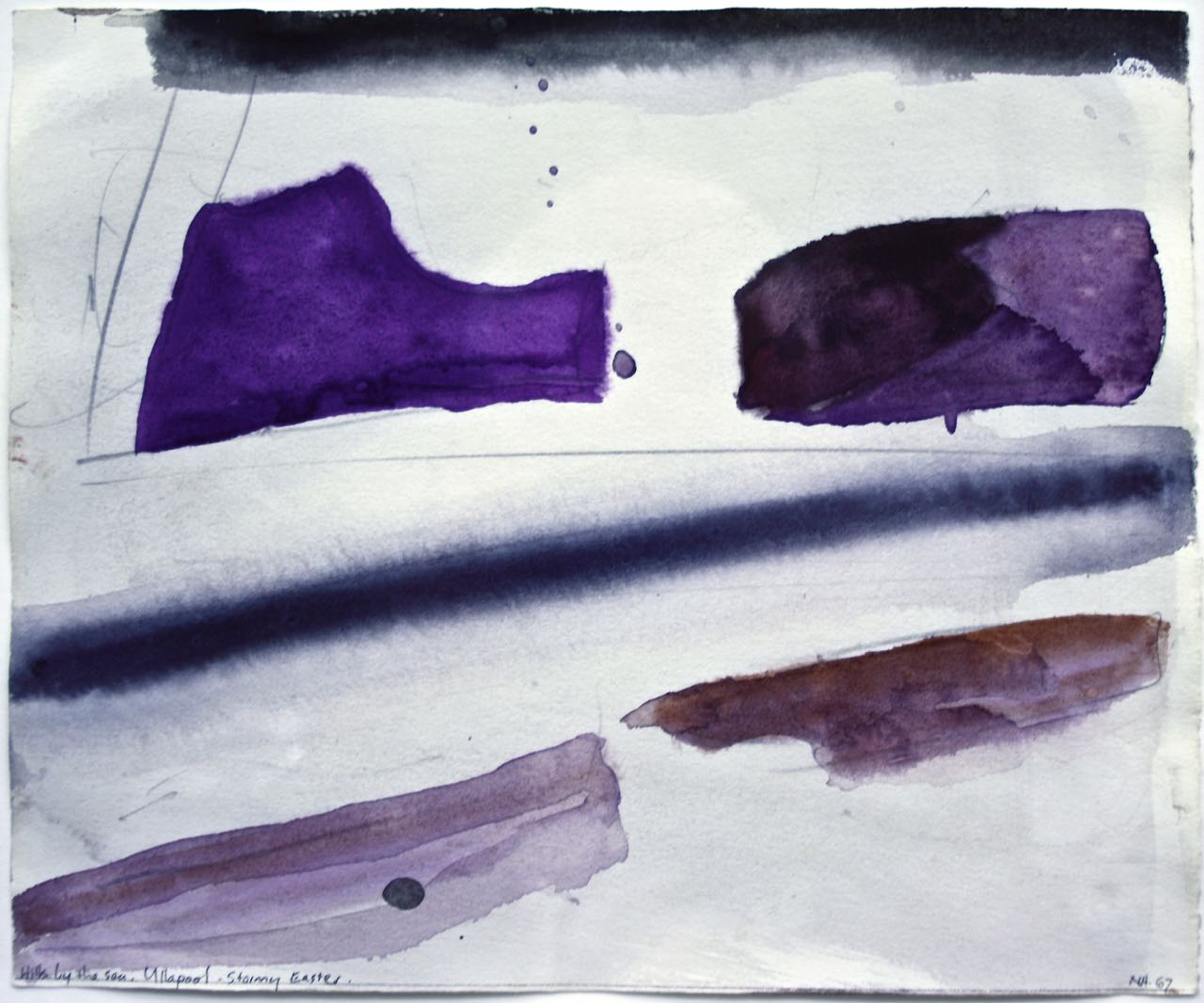 The Island of Scarp, and at home in Horton

10-5pm. Other times by appointment

In 1955 Norman and his wife Anna bought Butts Cottage a house in Horton in Ribblesdale, at the foot of Pen-Y-Ghent, where they spent much of the next fifty years together. In 1962 they paid their first regular visit to the west coast of Scotland, spending several months each year living in a remote cottage on the island of Scarp.

Captivated by both the Yorkshire and Scottish landscape, Norman Adams left an incredible visual diary of his life, through the multitude of beautiful watercolours produced over a period of 50 years. The forthcoming exhibition at 108 documents the development of his work and his constant fascination with the land and ever-changing Northern light.

“Norman Adams was one of the most significant artists this country has produced… A pictorial and profoundly visionary Romantic thinker in the direct line of Blake and Palmer, Stanley Spencer and Paul Nash, he forged a visual language of intense power and originality, entirely contemporary in character.