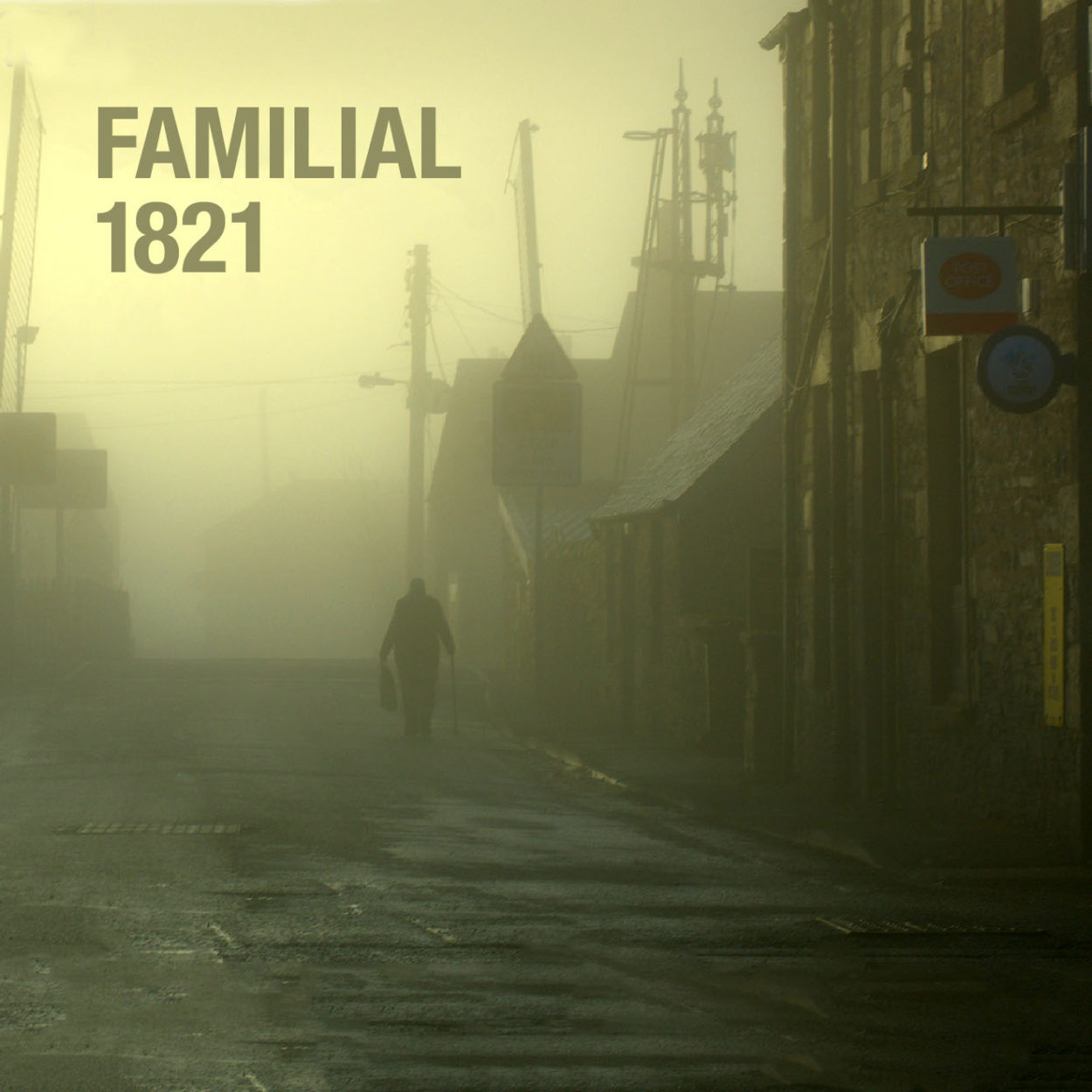 ‘FAMILIAL’ ‘1821’ was recorded in December 2019 with Rod Jones at Post Electric Studios in Edinburgh.
Photography and keyboards by Michael Roddy.  Backing vocals by India Stewart.

‘1821’ was given it’s first play on radio recently through Jericho Keys at BBC Introducing.

A launch edition of 100 C.D.’s with original signed artworks will be available through the website from 15th February. A vinyl E.P. will be released in May of this year.

Calum Stewart say’s…“ The project’s first EP, ‘1821’ is a collection of 4 stories, each set from the point of view of different characters. ‘Piano Nostra’ is a driving, brooding love story; ‘Smile’ is a summer-tinged, relaxed reflection on important people in one’s life; ‘All That’s Left (is his head)’ inspired by ‘New York Speakeasy’s’, and a man’s token attempts to flirt with the notion of redemption; and ‘1821’ is a tragic story based on historic truths about a murderous family during the industrial revolution in Great Britain.”

An animated film of ‘All That’s Left Is His Head…’ will be available online through the ‘FAMILIAL’ website from 18th February. Produced by India Stewart the film was shot in Edinburgh and Harrogate and features ‘FAMILIAL’ members and  guests.

‘FAMILIAL’ comprises family members Andrew Stewart and Calum Stewart. An opportunity arose for them to write and record together for the first time in the summer of 2018. The EP ‘1821’ features the first four tracks to have been recorded. They will be back in the studio soon, and aim to perform live as ‘FAMILIAL’ this summer.

Calum Stewart supported CHVRCHES at the SSE Hydro Glasgow, with the band ‘The Ninth Wave’, on the 16th February 2019. His song ‘Organs Made of Copper’ has reached over 2.5 million plays on Spotify. A live version was filmed at 108 Fine Art in December 2018.