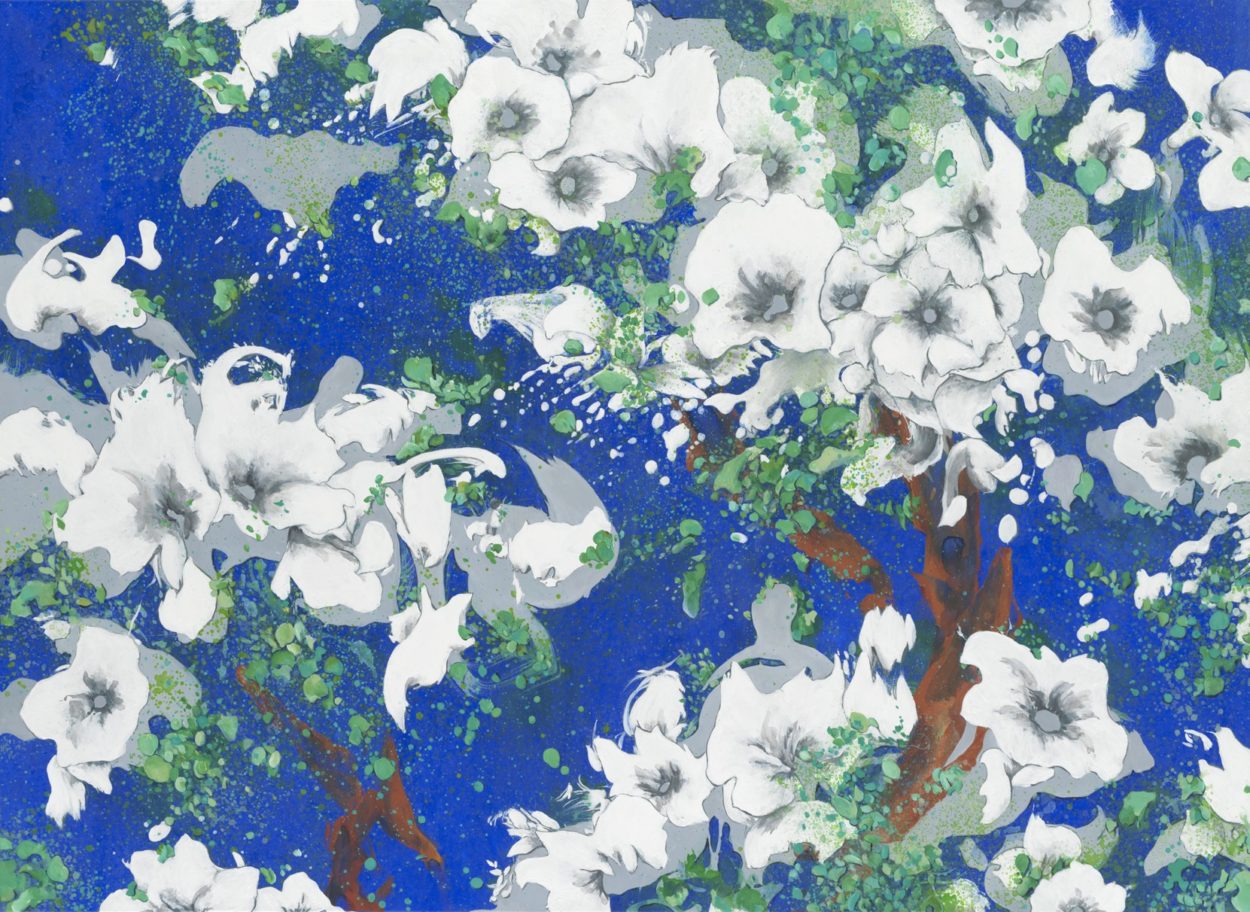 We Can Be the Best Fixer

Over the last few years I have been concerned about the issue of nuclear power, and my thoughts on this have had a lasting influence on my work. Although I don’t want to focus exclusively on the Fukushima nuclear disaster, seeing the results of this particular accident – the repercussions of which are still felt to this day – was painful enough for me to question and rethink humanity’s ambition to control the natural world.
My new series of paintings “We Can Be the Best Fixer”, is ironically titled; referring to our optimistic but potentially damaging wishes to modify the natural world to suit our own demands. I have tried to create a sense of allegory, which tells of the cognitive dissonance caused by attempting to maintain a balance between conventional morality, and our drive towards power and technological development. As the small figure travels through the series of paintings, her various acts and poses reveal the way in which she either adopts or rejects ideologies and emotional perspectives in relation to different societal modernizations and advancements. As with my previous series, the titles themselves function as an integral part of each image: acting as the voice of the small figure, in order to reveal humanity’ s internal struggle.