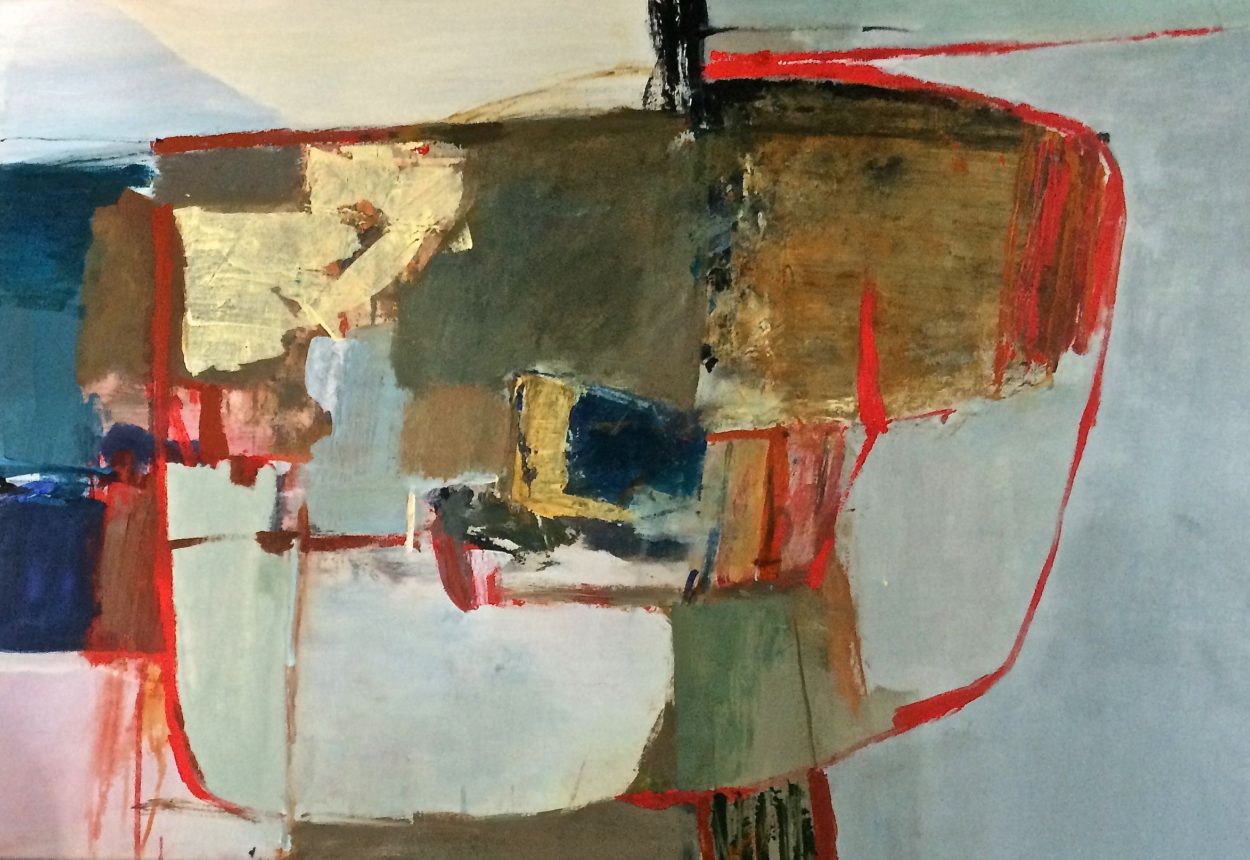 Born in Brighouse, her family moved to Buckden in the Yorkshire Dales, where she attended Kettlewell School. Her father was employed in a Dyework’s factory in Bradford, although any spare time he had was devoted to his painting. Jacqui has said of herself that “since being a child I have always known that I was an artist. I always was.”

As a young teenager – in the mid 1950’s  she turned up on the door step of Leeds College of Art, asking if she could ‘get in’. This was at a time when the college had many legendary guest lecturers including Terry Frost and Alan Davie. She was enthusiastically accepted but due to lack of financing had to put off attending art school for several more years, eventually studying art at Harrogate Art College. Personal circumstances meant that her work was put on hold until the late 1980’s when she  started to attend Leeds College of Art, studying under Patrick Oliver. For the past twenty years Jacqui has painted full time from her home and studio in the Yorkshire Dales. Her paintings resonate with the landscape and light around her home, although she say’s that had she lived in the city or anywhere else it would be likely that her paintings would be just as likely to reflect what she saw and heard.