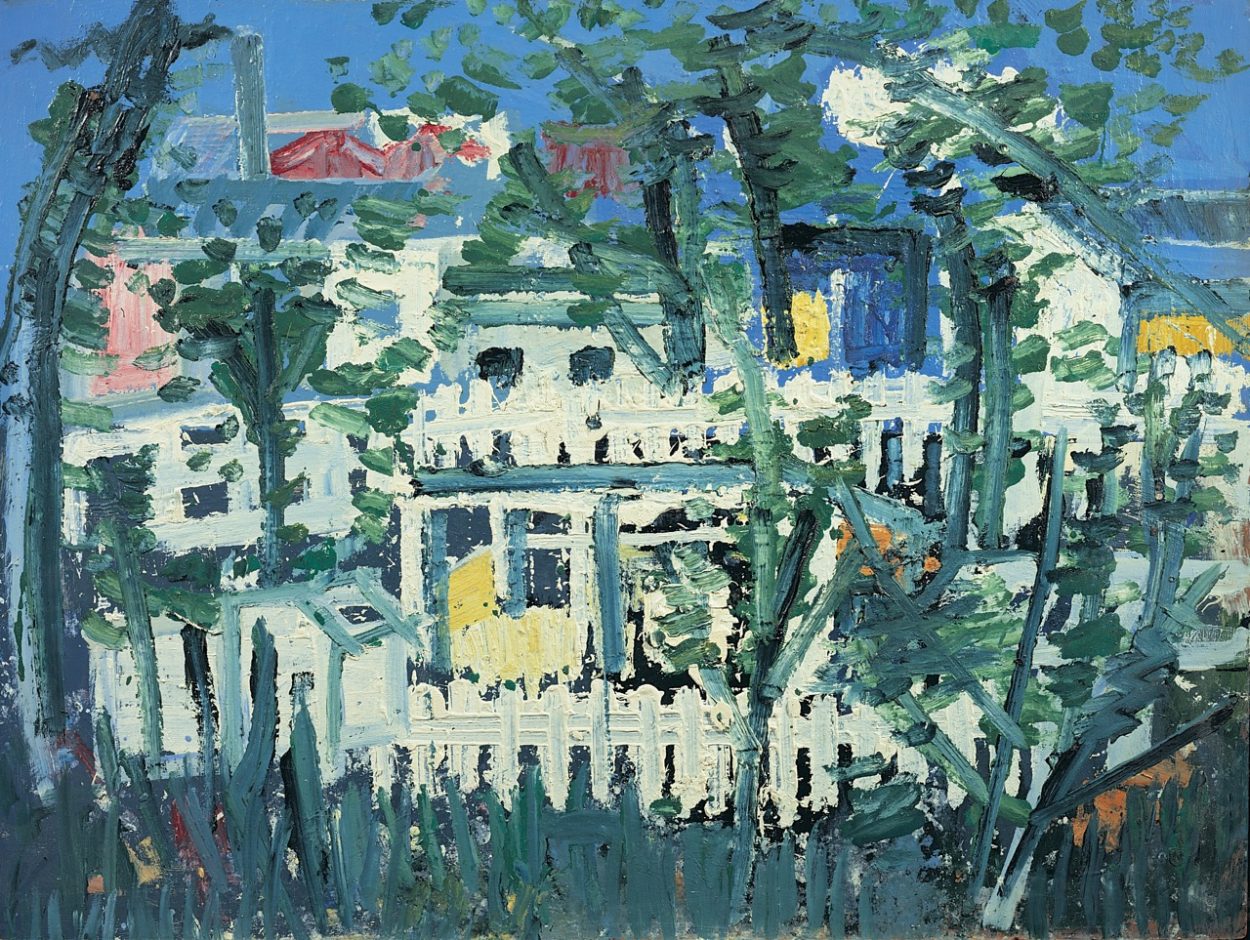 Leeds was a natural place of interest where Joash absorbed the landscape; The family home was on Allerton Gardens in Leeds, a place where Woodrow was born and returned to after studying at the Royal College of Art in the early 1950s. This exhibition celebrates Leeds, the enigmatic artists work, and provides and opportunity to view a cross section of his work, from the bright allotment gardens with their ramshackle huts and white picket fences, to the sculptural drawings of the inner city, industrial Leeds.

Leeds – A place of aptitude

His expressive roots clearly rotate back to a tradition of Jewish/East European exile art that has proven an enormously powerful force in Modern British Art. Gentler, Bomberg, Kossoff, Auerbach and Freud are perhaps the best known names in this tradition but others less familiar, such as Jacob Kramer, who had come to Leeds from the Ukraine in 900 are perhaps no less influential artistically.

In Joash’s case a youthful enthusiasm had translated initially into studies at the art-school in Leeds in 1942, studies which were then interrupted by National Service, spent working as a cartographer with the Royal Engineers in Egypt from 1945-48. He then returned to complete his studies in Leeds where, over the next two years, he gained his School Certificate and, much more significantly, a Scholarship to the Royal College of Art which he took up in 1950.

‘Fifty Years of Picasso’… The impact this show had on him seemed to coincide with an abrupt change in his artistic language and a new understanding of materials and how he wanted to see them. Up to this point the surface quality of the paintings had. only been a by-product of his struggle to release his images and not part of his central concern… It was as if he had just rediscovered the source of those creative energies that were to carry him through the next 35 years of artistic discovery.

The landscapes start to reflect the massive amount of drawing that Joash was now making as party of his daily activity. This first becomes apparent as, slowly and deliberately, he begins to break down the landscape into more distinct graphic, linear forms… Very few painted one can think of have produced such an original vision of the urban and light industrial landscape in this country in the second half of twentieth century. Joash sought out the square, featureless blocks of flats, offices, and warehouses and used them as a backdrop against which he played the natural forms of the landscape in which they had originally been built, trees often jabbing up from the ground like naturalised telegraph poles, small white clouds bobbing along on the breeze butt up against the stark, modernist facades of the functional new architecture.

More information and artworks by Joash Woodrow can be found here. For any queries, please contact us.