Portrait of a Pop Artist 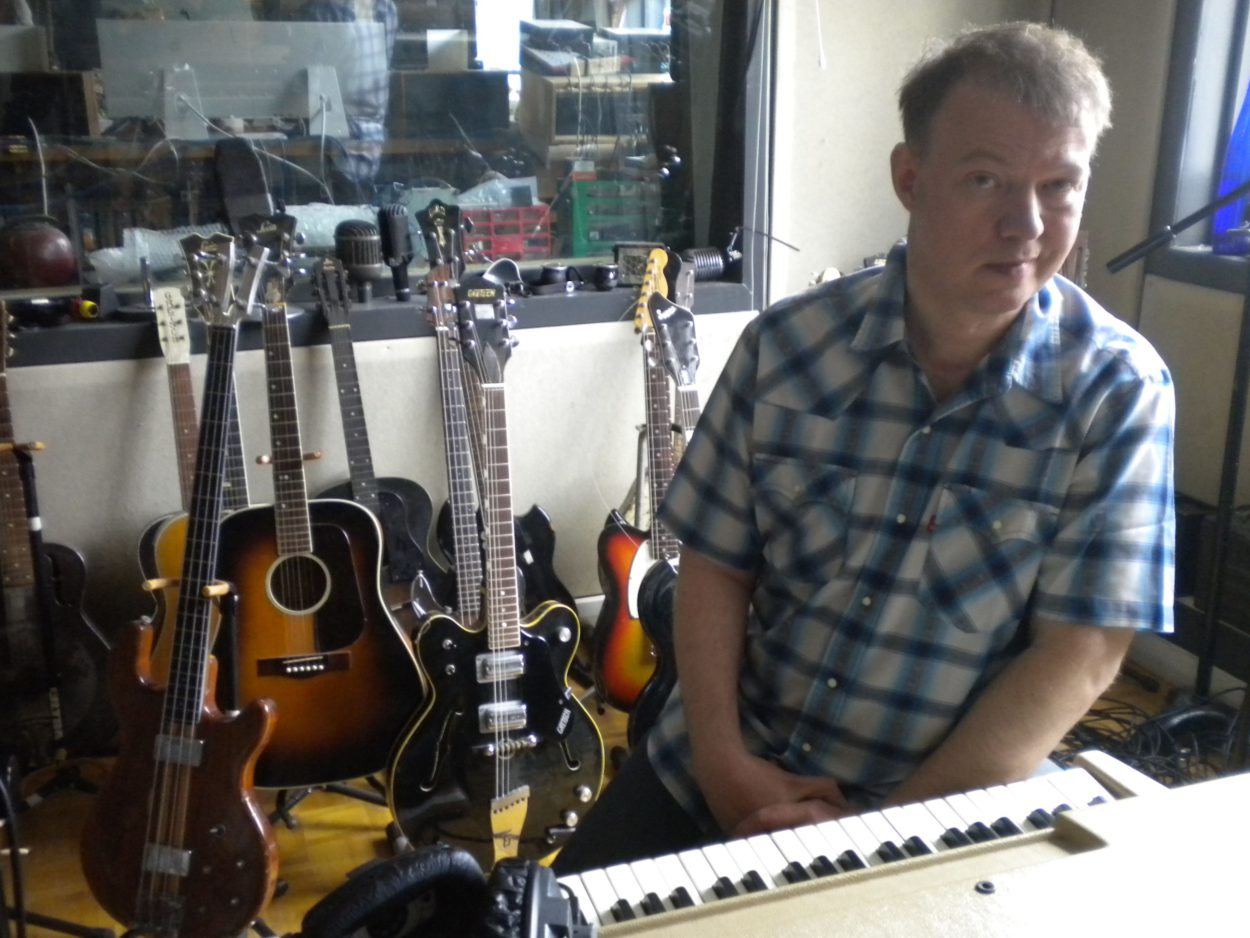 With the record label Postcard, based in Glasgow, he also laid the template for many independent labels that were to spring up in the wake of punk.

After the break-up of Orange Juice in 1985, Edwyn went solo and found international fame in 1994 with the million-selling single A Girl Like You. The same year he set up his own recording studio, where he produced albums by the likes of The Proclaimers and The Cribs.

But tragedy was transform his life when, in February 2005, he suffered a double brain haemorrhage, leaving him with severe speech difficulties and unable to use his right hand.

His recovery was long and arduous but two years later he returned to the stage and has since released two albums, Home Again and Losing Sleep.

His courage – and influence on a new generation of bands such as Franz Ferdinand and The Drums – was recognised with an Ivor Novello inspiration award, in 2009, and an honorary masters degree from Buckinghamshire New University in 2010. The same year he attended the Highland Games as chieftan, an honour previously bestowed on his grandfather.

An exhibition in Harrogate next week reveals another side to Edwyn, now aged 51. Since boyhood he has been a keen artist, with a particular interest in ornithology. After the brain haemorrhage, he taught himself to draw all over again, with his left hand. His illustrations will be on show in a joint exhibition with fellow Scot Adrian Wiszniewski, at 108 Fine Art gallery. The event is part of Harrogate International Festival Fringe.

I believe both your parents were keen artists. When did you first take a serious interest in drawing? Was that always combined with your interest in British birdlife?

My parents met at art school. My father is an RSA and taught drawing and painting at a renowned Scottish art school until he retired. I have drawn since early childhood. Mostly wildlife and cartoons. My mum has kept lots of it.

You went to college to study illustration but gave up the course after a year. Was that when the music bug took over, with the advent of punk?

I wasn’t keen on the course. I got a job as an illustrator for a year or so and then left to concentrate on my band and my label.

Your artistic talents continued to find an outlet through sleeve designs for Postcard Records. Was it at all frustrating that the focus in those days was entirely on your singing and song writing?

No, I didn’t have any designs on being an artist. I just had ideas for sleeves and promo art, that sort of thing.

Did you continue to draw much while you were on tour?

Only in a jokey way. I was doodling p***-takes of friends, other groups etc.

How difficult was it to learn to draw all over again after your stroke in 2005?

It was very difficult, but it engrossed me. My right hand doesn’t work, so I had to start with the left. My co-ordination, my balance was affected. But, never mind, I could remember drawing, I know my own rules for it, techniques, ideas. I’ve had to adapt, but that’s interesting too.

Was the work of Victorian artist Archibald Thorburn your principal inspiration?

I admired him a lot. But lots of others. Edward Lear, for instance. He was a naturalist and an absurdist, a joker.

Was there a certain reassurance in discovering that you could draw well with your left hand, rather your right? Did it help your recuperation?

It helped in many ways. My confidence. It was the first thing to come back. My speech (still dodgy) was gone, my music, everything for quite a while.

When did you feel confident enough to begin exhibiting your drawings? Was that quite a momentous event?

I didn’t really. It was Vivienne, who is my agent. She believed in me. I was happy to oblige! It’s a new world for me. I never had an idea of exhibiting. I was drawing for my own salvation.

Which gives you greater pleasure these days, drawing or song writing?

Don’t ask me to choose. I’m passionate about both. I need both, really. You can’t imagine how glad I am to have both back in my life. I appreciate it more than before.

The opening evening of your exhibition with Adrian Wiszniewski promises to be a special event. Tell us a little about what you have planned…

108 Gallery, Andrew, have planned a lovely evening of special arrangements of my music by members of The Scottish Philarmonic. I think I’m going to sing! And Adrian, what can I say? I know his work, we are the same generation, it’s an honour to be sharing the exhibition with him.