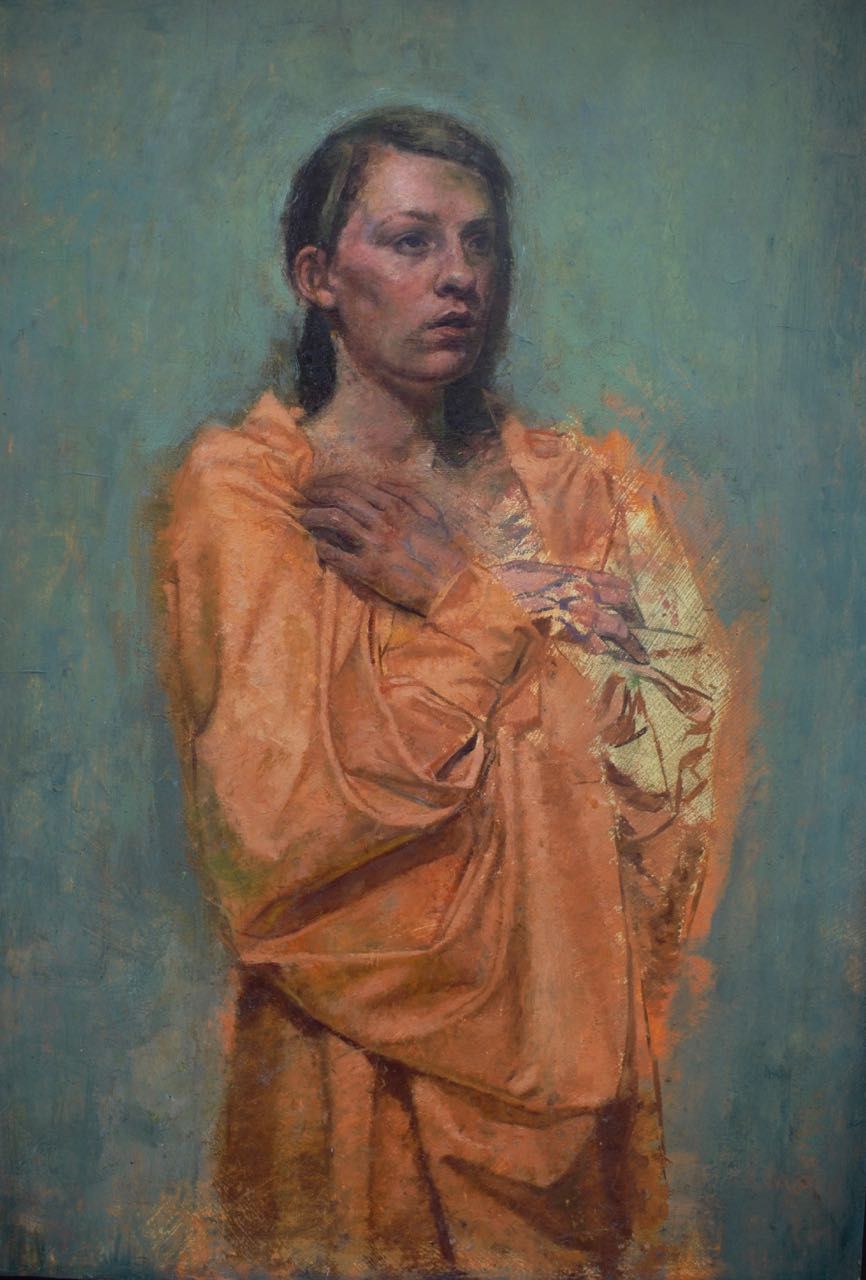 From 1993 to 1997 Robert studied Drawing and Painting (Fine Art) at Duncan of Jordanstone, focusing on single figured portraits that were greatly influenced by the old masters. In the UK his paintings can be found in the collections of J.K Rowling, The Royal Scottish Academy, Duncan of Jordanstone College of Art.

He has exhibited widely with work in collections in the USA, Egypt, South Africa and Norway.

“For some time now my work has involved using a figure within voids of empty space. I have been fascinated by the delicate relationship that exists between figure and space; too much of the dark void and the figure is engulfed; too much focus on the figure and the presence of the space is forgotten. I love the intimacy, and the intensity, which can be created through the use of a single face or solitary figure, theatrically lit, embraced in a velvety darkness that surrounds.

In both subject matter and use of paint, there is a definite acknowledgement of painters past. Rembrandt’s influence permeates through all my work, not only his use of chiaroscuro but also the surface quality that he achieves with the paint like the sleeve of the bridegroom in his work ‘The Jewish Bride’; the constant reworking of paint, creating a texture and luminosity that begins to emanate from the source material and, through constant scraping and glazing, achieve a richer conclusion.

Over the last couple of years my work has included landscape studies; inspired in part by the magnificent views close to where I live along the Fife Coastal Route. The work also demonstrates the influence of a number of landscape painters who I greatly admire: James McNeill Whistler, George Innes and many of the American Tonalists. There has been a great desire to recreate the tones and atmosphere found in the works of these painters and also seen daily in my surrounding landscape. My paintings have thus developed into intimate studies of the relationship between light, colour and form of the Scottish landscape”