The Arnups – A Family of Artists 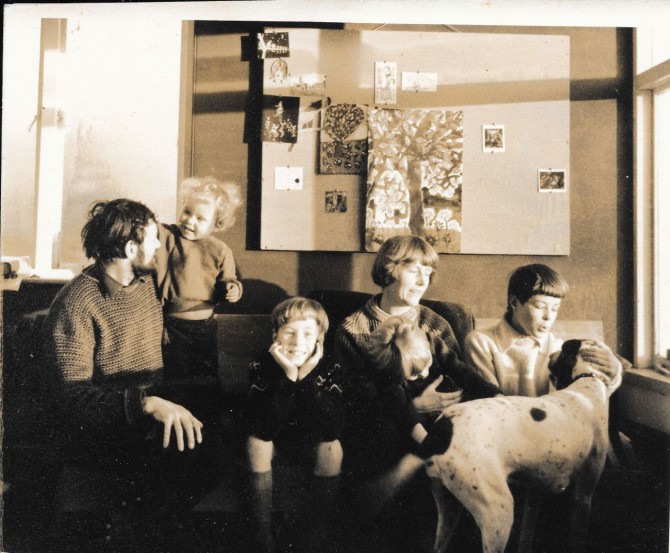 Mick and Sally Arnup were one of the great artistic partnerships to evolve in the North of England, their reputation extending well beyond the borders of Yorkshire and the UK.

Having met at Kingston College of Art in 1947 they married while post graduate students at the prestigious Royal College of Art.  In 1957 they moved to Yorkshire where they built what was to become their home and studios at Holtby near York. They continued to live at Holtby for the next 60 years; Mick and Sally teaching at York Art School, where Sally soon established a national reputation for her department and the newly built bronze foundry.

Mick Arnup was a highly talented painter and ceramicist and Sally developed an international reputation for her beautiful figurative sculptures.  Her work is well-represented around York, such as the calf in the courtyard of The Kings Manor, and her commissions came from customers worldwide, including Prince Philip.  Sally worked extremely hard to continue sculpting while raising a family of four children, and also made the time to actively support the local community, setting up an Oxfam shop in York at the end of the 1950s, when there were no charity shops there, and organising book sales at the Friends Meeting House.

Mick and Sally had four children; Ben, a ceramicist, Tobias, an art therapist, Rebecca who was learning disabled, and Hannah, who set up Ballymorris Pottery in Ireland.