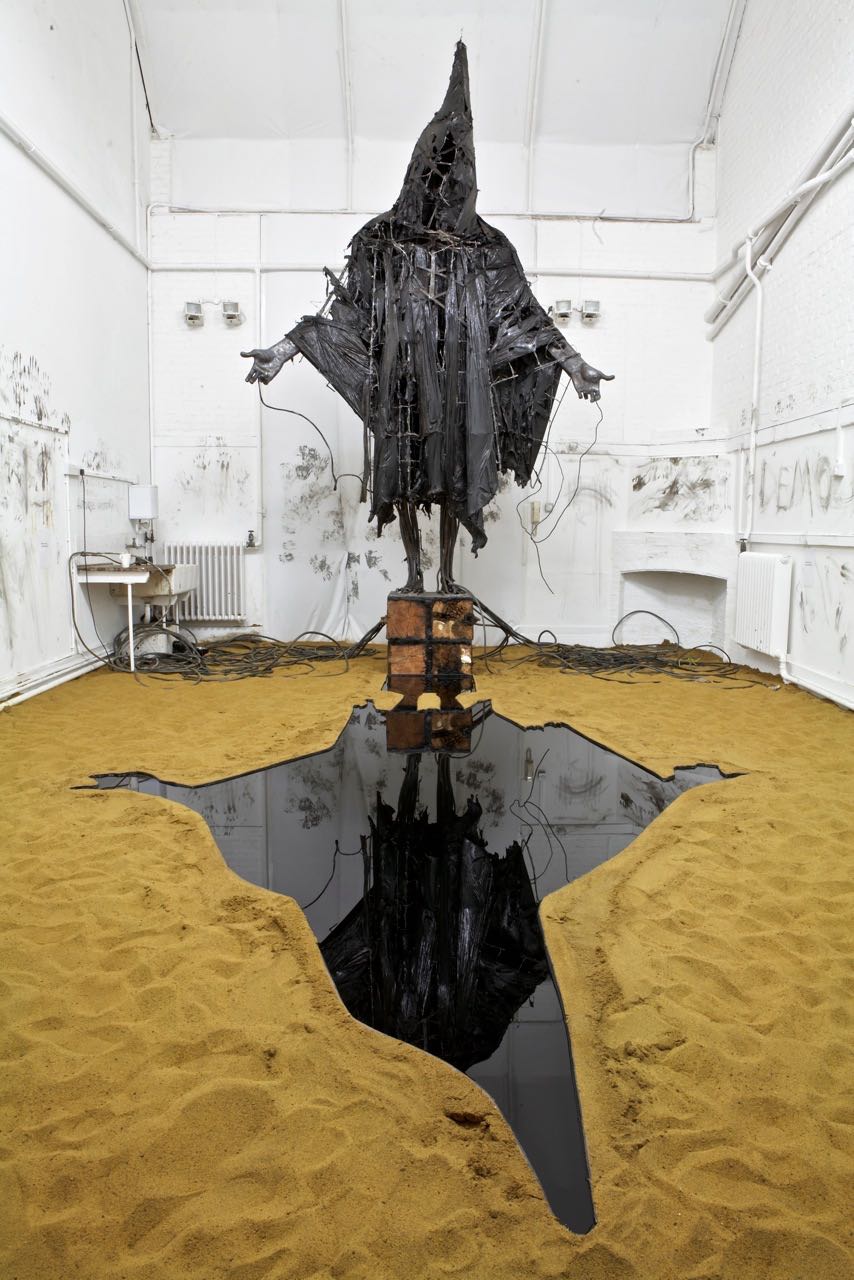 On the eve of the 10th anniversary of the infamous Abu Ghraib-tortured prisoner image, which was published April 2004, recently elected Royal Academician (RA) Tim Shaw will exhibit for the first time in a public gallery his powerful sculpture installation Casting a Dark Democracy. The piece is one of three large scale installations reworked for his first major solo exhibition Black Smoke Rising, at mac birmingham from Saturday 12 April until Sunday 8 June.

Belfast born and Cornwall based, Shaw grapples with social and political realities; themes of ritual and conflict reoccur throughout his work, drawing from experiences in his formative years spent in Belfast during ‘the troubles’ and historical events that have influenced the world for centuries.

Black Smoke Rising is curated by Indra Khanna and produced in partnership with mac birmingham and Aberystwyth Arts Centre. The exhibition is kindly supported by Arts Council England.